Managing director of global homeware company says he works with architecture, industrial designers to create out-of-the-box products.
Alberto Alessi represents the third generation of his family to helm Italian houseware brand Alessi Spa, which is renowned for its elegantly inventive designs that spin a whimsical take on everyday utensils.

But he did not always pursue the creative path, said the 70-year-old managing director in an interview with The Korea Herald.

His father Carlo, the former leader of the now-global brand and an industrial designer, had been against his son’s artistic pursuits, said Alessi, who will speak at the 2016 Herald Design Forum on Nov. 8 at the Grand Hyatt Seoul.

“He did not want me to study architecture,” recalled Alessi, who went on to study law instead. “But I continued to follow privately my passion for art and architecture,” he said.

Since officially joining the family business in 1970, Alessi has aggressively sought out designers from all areas to collaborate with his company. 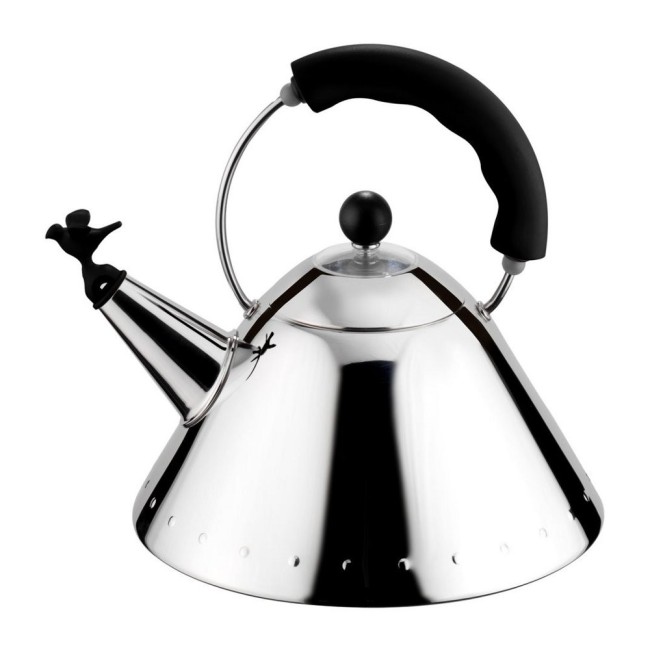 Alessi’s Michael Graves whistling kettle, which emits a hum when the water inside is boiling (Herald Design Forum)

The brand has come up with some high-end kitchenware that verge on works of art. Its award-winning Richard Sapper espresso maker, in the shape of a single metallic cylinder, was the company’s first object to be inducted into the Permanent Design Collection at the Museum of Modern Art in New York. The Michael Graves whistling kettle, which features a small bird-shaped cap perched on the tip of the spout, hums when the water inside is boiling. The cheeky Anna G. corkscrew resembles a woman in a red dress.

While the rising importance of design has led many Korean companies to expand their in-house design departments, in Italy, there is a long-standing tradition of tracking down top creative talents outside the company, Alessi said.

“Since the 1950s, collaborating with independent designers and architects is typical for all Italian design factories,” he explained. “It proved to be the only way to find excellence in design. If you are looking for the absolute best you need to be able to fish in a wide ocean.”

Alessi often urges his creators to go out of their areas of expertise to bring fresh new perspectives to a product, hiring designers who specialize in architecture or fashion to create kitchenware.

“A designer has to be a good poet,” Alessi said. “Looking just to people (with) experience in houseware design is too limited.”

One of the brand’s iconic designs is the ultra-sleek, three-pronged citrus squeezer Juicy Salif made of cast aluminum. Often depicted in films and on television as a key prop in high-brow kitchen sets, the tool, which is as functional as it is stylish, was created through collaboration with French architectural and industrial designer Philippe Starck.

Alessi recalls the project as “one of the most challenging” he had ever undertaken. 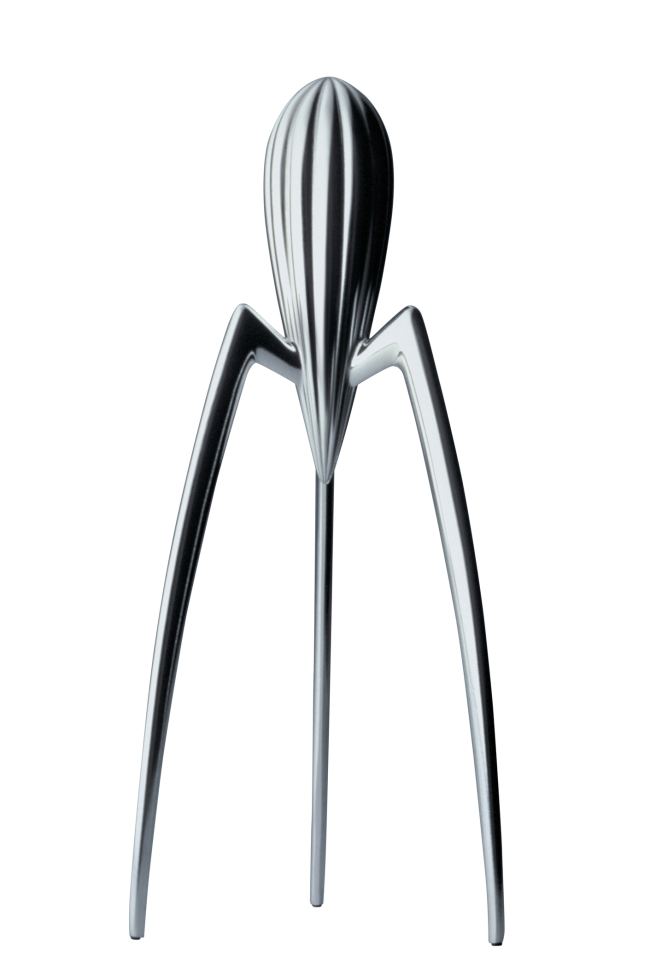 
In design -- an art that constantly balances aesthetics with functionality and marketability -- “function is a pre-requisite, but far from being the only requisite,” Alessi said.

“Today, too many companies are able to produce and offer good quality, very functional products, for example pots or trays or bowls,” he said.

Both the man and the brand Alessi, meanwhile, strive to deliver something more: “The beauty! Or, better, a previously unseen beauty. Of course without contradicting the functionality.”